How Many Clubs Go in a Golf Bag? (Rules You Should Know)

Many novice golfers may be surprised to learn that anyone cares how many clubs in a golf bag you have or not. You should know that there are rules about excess clubs in your golf bag, and they can kill your game quickly if you aren’t prepared! Plus, just having enough clubs doesn’t mean you have a complete set. You must have the right variety of clubs in your bag to suit your game and the course you’re playing on.

This is one of the less-often discussed rules of golf but it is still an important one to know. So how many golf clubs can you have? To answer the question simply: A complete golf bag is comprised of 14 clubs.

Let’s take this fun fact a step further and dig into the reasons behind this.

In the first half of the 20th century, as technology began to evolve, golf clubs were made out of a variety of materials. As clubs with steel shafts became more available, many players favored them for their durability and supposed power. However, the variety of shots you can make with steel clubs is simply different than those of wooden clubs.

As a result, some players would carry an excessive number of clubs in their bag. Not only does having more clubs offer an unfair advantage, but it can slow down the pace of play. In 1938, the USGA introduced the 14 club limit to the official rules of play.

Am I Allowed To Use More?

If you’re playing a game under official USGA rules of golf, then there’s a penalty for having extra golf clubs in your bag. From the moment you tee off, if even one extra club in your bag, you’re assessed a two-stroke penalty (but only up to a maximum of four strokes).

In a match-play scenario, you automatically lose the hole, up to a maximum of two holes per round.

What Clubs Go in a Golf Bag?

Besides your putter, there are three classifications of clubs you might be familiar with: woods, irons, and hybrids. Hybrids are, as the name suggests, hybrid materials that help carry the ball a little bit farther than the iron of the same number.

Your “driver” is actually a 1-wood, and a vast majority of golfers will also carry a 3-wood. The 3-wood is essentially a “fairway driver” for hitting your 2nd shot a long distance to the hole.

Every standard golf bag is going to include a driver, 6-9 irons, a pitching wedge, and a putter. This makes 7 of our 14 clubs. Then, almost all standard bags will include a 3-wood, so we’re up to 8 clubs. The rest is where the lines get a little more blurry.

The 5-wood is probably the next most common club you’ll see, offering a more substantial range than a 5-iron but not nearly the power of a 3-wood. Some sets do replace this with a 5-hybrid, and you’ll also see a 4-hybrid. But many clubs in this category are uncommon among players with high handicaps, so it shouldn’t be surprising if you don’t see them as often.

The Variables In Club Options

Even with the presence of a 3-wood, the 3-iron is still present in many players’ golf bags, though more skilled players have taken a liking to 3-hybrids in recent years. The low iron clubs are thicker along the bottom, which gives them more striking power when they make proper contact with the ball, sending your shot farther.

Hybrids have more even weight distribution and a greater surface area on the club face. This means imperfect contact with the ball doesn’t result in as imprecise a shot as it does with an iron.

Additionally, irons are designed to dig slightly into the turf under the ball as it makes contact, giving us control over the spin on the ball. However, only the most skilled players even begin to consistently apply these techniques to their game, so this design is more of a hindrance for many players, who simply cut divots in the dirt behind their ball on a misfired shot. Hybrids have a much wider bottom that slides more smoothly along the grass, making it easier to achieve a smooth swinging motion into the ball.

So when it comes to the higher woods and lower irons, what you choose will largely come down to a matter of preference and skill level.

To summarize, your bag should always include a 1-wood (driver), a putter, a pitching wedge, a sand wedge, and irons 6 – 9.

You should have at least one other wood (a 3-wood) and at least two lower irons or hybrids. Bearing in mind the low popularity of the 4- and 5- hybrids, we’d recommend irons for these. This makes 11 clubs. And to round out the total 14 clubs you’re allowed to carry, try a mix of the 5-wood, 7-wood, 2-hybrid, and 3-hybrid to find out what works best for you.

Then, leave us a comment to let us know what you which 14 golf clubs you take out on the green! 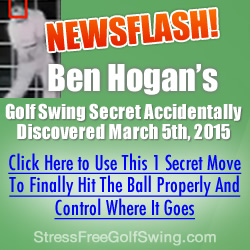