You’re home after a long day shooting 18, but you can’t seem to quench that golf thirst.

What now? Check out our top-list of the hottest golf movies ever made. 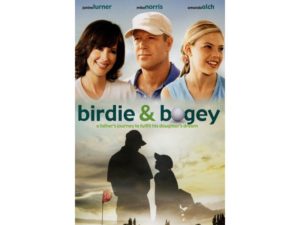 While the association takes this as quite a shock, her prowess helps to guide Danny all the way to a Tour qualifier.

The film takes a dark turn, however, when Birdie falls terminally ill, and her father has to muster the strength to play without his little girl by his side. Written by Chris Bessey. Mike Norris also served as the director in addition to his leading role.

This 90 year old classic was actually the 2nd film ever produced by Paramount Pictures with full audio. In this wild tale, ladies’ club champion Lora Moore experiences a stunning defeat at the hands of a competitor from a foreign club.

Her life changes when she meets the dashing Jerry Downs, a charming pro in his own right. It’s not all smooth sailing, though, as other women compete for Jerry’s attention. Charles Rogers and Nancy Carroll star in this hit directed by Lloyd Corrigan and Laurence Schwab. 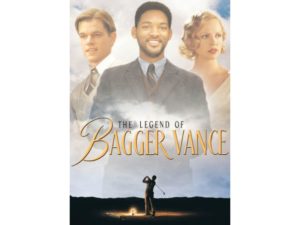 Matt Damon takes the center stage in this Depression-era tale of redemption. After losing his career to the hardships of WW1, aspiring pro golfer Rannulph Junuh returns to the game to compete in a high-stakes tournament.

Struggling to keep up with the competition, he stumbles into the good graces of wise old pro. Bagger Vance (Will Smith) coaches Junuh’s game, and his life, to help restore him to his former glory. Decorated Academy Award winner Robert Redford directs. 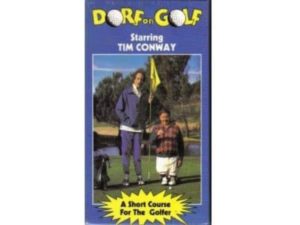 Classic chowderhead Dorf strikes comedy golf again with this addition to his 8-part sports series. Our hero, portrayed by Tim Conway, explores the great game of golf…… rather poorly.

With his sidekick-turned-caddie Leonard, Dorf proposes his big-brained solutions to improve the game (or, more accurately, to make him look like a much more talented player). Directed by Roger Beatty. 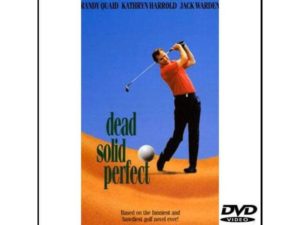 But as he’s gonna find out, making it to the top will take a profound personal transformation and a new approach to his game. Based on the novel by Dan Jenkins. Directed by Bobby Roth. 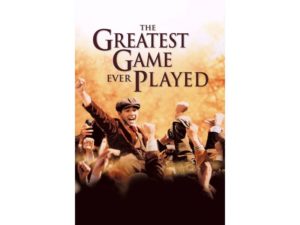 Among Shia LeBouf’s most underrated roles (and one of the most underrated golf movies) comes in the form of blue-collar golf nut Francis Ouimet. A lowly caddie out of the swanky Brookline Country Club, Francis keenly picks up bits and pieces of the game, honing his skills with what precious little free time he has to steal away to the course.

This inspiring story follows the young man’s trajectory to the 1913 US Open. What happens there is a story for the ages. Based on a true story, Bill Paxton directs. 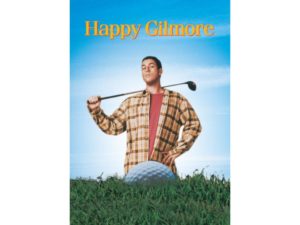 One of the great classic golf movies of all time, Adam Sandler plays the titular hero: a gritty, aspiring hockey semi-pro chasing his last chances at making it big.

In a twist of fate, Happy discovers his hockey shot translates to a remarkably skillful golf swing. And no sooner than Happy finds his new calling, he suddenly finds his family in peril. To save his grandmother’s home, he has no choice but to defeat the chiseled, charming pro, Shooter McGavin, in the Tour Championship. Golf comedies have never been the same. Bob Barker also appears in a side-splitting cameo in this box office smash-hit directed by Dennis Dugan. 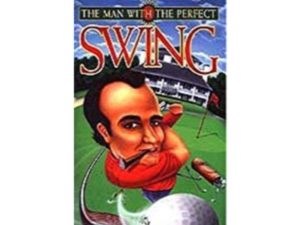 This 1995 Austin Film Festival winner follows the swindling career of Anthony “Babe” Lombardo, who, after a long career of famous failures, develops a “revolutionary” new golf swing that will change the way the game is played.

Lombardo has to navigate complicated friendships, save a wavering marriage, and keep his investors happy – all while dodging suspicion of fraud. James Black and Marco Perella star, Michael Hovis directs. 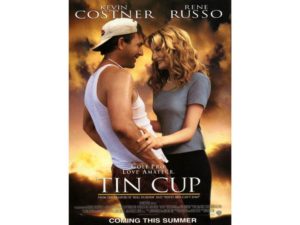 At the height of Kevin Costner’s career, he fell into the role of Roy McAvoy, a pro golfer with tons of talent, but too much attitude.

A long backslide lands him working as a local golf instructor, where he becomes infatuated with his attractive new student, a psychiatrist – and the partner of McAvoy’s greatest golf rival. Tin Cup follows MAvoy’s quest for the Tour, for love, and for greatness. Directed by Ron Shelton. 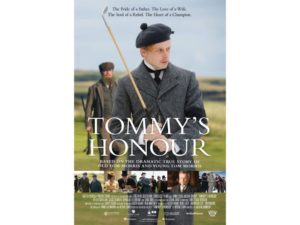 This most harrowing of golf movies follows Tom and Tommy Morris, a father/son team of pro golfers who use their wits, talent, and entrepreneurial prowess to bill Tommy as one of the prominent athletes in the game. 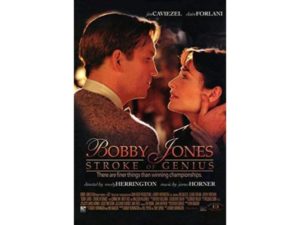 Based on a real golfer, the story of Bobby Jones is told by actor Jim Caviezel in this biographical drama. Bobby rises rapidly from beginner to best-around, known for his fervor for the game and his competitive spirit.

When his obsession begins to overtake his life, he faces the ultimate decision that no athlete can ever avoid: retirement. Directed by Rowdy Herrington. 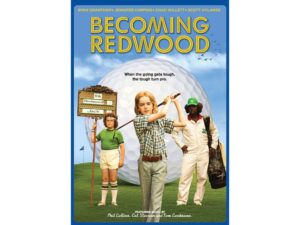 Redwood is a small boy with a big imagination, and an even bigger heart.

When his family is torn apart, and his custody is granted to his stern mother, Redwood sets out to do the one thing he can think to reunite his parents: defeat all-time golf legend Jack Nicklaus in the 1978 Masters, of course! Jesse James Miller directs this charming tale featuring Ryan Grantham, Jennifer Copping, and Chad Willett. 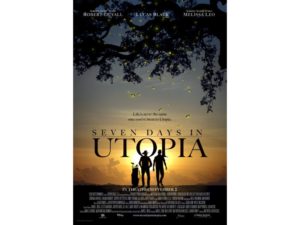 Lucas Black portrays Luke Chisholm, an up-and-coming golfer looking to make his mark on the Tour. However, young athletes face pressure the rest of us rarely know, and a difficult outburst puts him in the spotlight in the most unsavory of ways.

Having shaken his formerly promising future, Lucas almost loses hope when fate brings him to the ranch of the bizarre Johnny Crawford (Robert Duvall). How Johnny helps Lucas change his perspective, and ultimately his life, is a tale for the ages. Directed by Matt Russell. 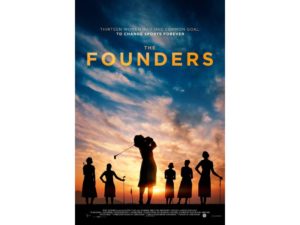 Golf has a long history as a “man’s game” – but that all changed when The Founders came along. 13 golfers from the Ladies Pro Golf Association challenge the status quo, facing great odds, and ultimately, create the greatest womens’ sports organization the world had ever seen in the first half of the 20th century.

Among the heroines are stars such as Patty Berg, Ella Marie Cyr, and Althea Gibson. Directed by Charlene Fisk and Carrie Schrader. 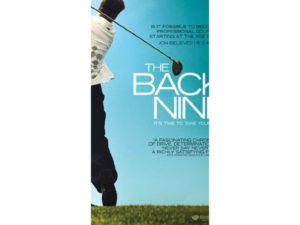 Tim Suzor portrays aging hacker John Fitzgerald as he strives for the Tour as a much older man than the competition. Fitzgerald will stop at nothing, enrolling in training programs, physical and mental conditioning, engaging amazing new technologies, and travelling the world over to hone his game.

This powerful story of never giving up tells of a man who will do whatever it takes to make his dream become a reality. The man himself Jon Fitzgerald produces, and co-directs with Ron Vignone 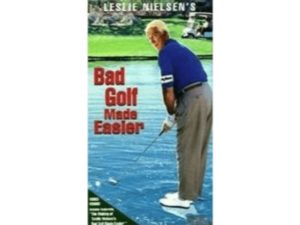 Classic funnyman Leslie Nielsen stars in this instructional video parody that’ll have your sides splitting like you threw your back out on the 18th tee. Nielsen pals around the course teaching newcomer Billy the tricks of the trade, but we wouldn’t exactly recommend taking his advice out to the golf course yourself.

Golfing movies don’t have to be so serious – in fact, this is one of the best golf movies to calm you back down after a tough day of shooting onto the wrong fairway. Directed by Rick Friedberg. 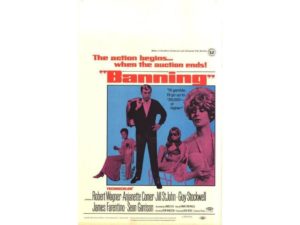 This unique golf/mob story follows a caddie who was setup and run out of town, laying low in the country club scene of Los Angeles. Mike McDermot, however, doesn’t stop causing trouble for his criminal pursuers, nearly exposing them.

Now, the mobsters come to collect from McDermot, who must win the club championship to save himself. Starring Robert Wagner, directed by Ron Winston. 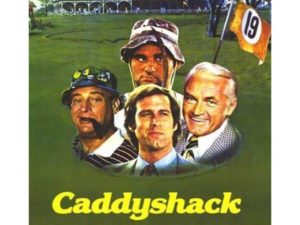 Caddyshack is widely considered one of the greatest golf movies of all time, rivaling Happy Gilmore and Tin Cup. The Bushwood Country Club is a snooty old money club where we find our hero Danny Noonan (played by the indispensable Michael O’Keefe) trying working to save up money for his schooling.

Learning he could win a scholarship just for caddies, Danny signs up to caddie for one of the club’s best. All the while, groundskeeper Carl defends the club from an unruly gopher who somehow manages to keep besting him. Chevy Chase, Rodney Dangerfield, and Bill Murray also star. Directed by Harold Ramis.